Governor Kathy Hochul today announced that PreAct Technologies is the winner of Round 4 of the Luminate NY Optics, Photonics and Imaging Startup Accelerator Competition. PreAct Technologies, based in Portland, Oregon, received the â€œCompany of the Yearâ€ award at Luminate Finals 2021, held virtually and sponsored by Optica, formerly The Optical Society. The company will receive a $ 1 million investment from New York State as part of the Finger Lakes Upstate Revitalization Initiative. As required by the prize, all contest winners will commit to establishing operations in Rochester for at least the next 18 months. PreAct Technologies plans to establish manufacturing in New York State.

Luminate NY, which is administered by NextCorps, is the world’s largest business accelerator for emerging companies with technologies compatible with Optics, Photonics and Imaging (OPI).

“Luminate NY’s investments reflect our commitment to uphold New York’s distinction as a world leader in optics, photonics and imaging.” Governor Hochul said. â€œOur state is a national leader in the commercialization of intellectual property in OPI, and these winning companies will further contribute to the growth of the Finger Lakes OPI industry and advance the region’s economy.

PreAct Technologies aims to bridge the gap between collision avoidance systems and active safety technology. Its TrueSense sensors help move car seats away, deploy airbags earlier, and raise the car’s suspension just before a crash happens to dramatically reduce injuries and fatalities. The system will also quickly replace all short-range sensors such as radar, ultrasound and cameras – a $ 30 billion / year market – used for ADAS, autonomous driving and convenience features.

PreAct Technologies CEO Paul Drysch said, “Luminate introduced us to the benefits of relocating to New York, as well as helping us recruit very specific talent in optical and photonics engineering, finding local companies that could produce our unique cameras, and also helping us to refine our business operations at all levels. I can’t imagine a better acceleration program. “

Andluca Technologies, based in Princeton, NJ, received the Graduate Excellence Award and $ 400,000 in follow-up investment. Its wireless smart glass system, which uses transparent solar technology to selectively and efficiently convert ultraviolet (UV) light into electricity, can reduce building energy consumption by up to 40% while dramatically improving comfort and comfort. occupant productivity. Two Massachusetts companies, Mesodyne (Somerville, MA) and DynoCardia (Cambridge, MA) received Distinguished Graduate Awards and $ 250,000 each. Mesodyne is developing a new type of generator that converts fuel into electricity through light. The generator is quiet, has no moving parts, works with any fuel, and has an energy density 10 times that of lithium-ion batteries. DynoCardia’s ViTrack is the first portable cuffless technology to provide direct, beat-to-beat, BP measurement with intra-arterial line accuracy. Honorable achievement and funding of $ 200,000 went to Rochester, Owl Autonomous Imaging of New York. Its patented 3D Thermal Ranger provides HD thermal imaging with a precision range, which is a 200-fold improvement in resolution and cloud density compared to LiDAR.

Today’s investments were presented after a panel of judges from the OPI industry and the venture capital community assessed the participating companies based on their business case. The more than 500 participants in the virtual event also had the opportunity to vote for their favorite company. The Audience Choice Award of $ 10,000 was awarded to Layer Metrics, Inc. Layer Metrics enables reliable metal additive manufacturing by certifying the integrity of parts, layer by layer, during construction.

Layer Metrics, Inc. CEO Clare Murphy said, “Luminate has helped us to establish synergies with the local ecosystem, to access engineering and development assistance, to identify key recruitments, to connect with strategies, to gain ground in the market. and generate income.

Since its inception, Luminate NY has invested $ 12.4 million in 41 startups. The companies in the portfolio now share a net worth of over $ 350 million. In addition to providing an estimated 1.5 to 2 times ROI, many companies are establishing operations in the United States or some aspect of research and manufacturing in the Rochester area, resulting in the creation of 150 jobs (100 full-time positions and 20 contract positions). , with 120 more planned in the near future from two companies.

Dr Sujatha Ramanujan, CEO of Luminate NY, said, â€œLuminate NY brings companies from around the world to the Finger Lakes region so they can tap into the rich resources we have to grow their businesses and technologies. This ecosystem supports their desire to establish a presence in the United States and their goal to become global players in the industries they serve. “

The Luminate NY Accelerator is based in Rochester and annually selects ten promising companies to participate in its six-month program. Meanwhile, companies receive comprehensive training and resources to advance their technologies and businesses. Applications are now being accepted for Round 5 until January 10, 2022. Due to the challenges presented by Covid 19, Luminate has adjusted its conditions of participation. Teams that can physically relocate to Rochester for the six-month program will receive $ 100,000 in funding at the start of the program in April 2022. Teams that cannot relocate to Rochester due to travel restrictions and visas will receive funding of $ 50,000 at the start of the program and an additional $ 50,000 which is to be used to engage resources in the Finger Lakes region during their stay in the accelerator.

Last year’s winner, SunDensity, pledged to establish its high-tech manufacturing pilot project in Rochester, which is expected to create 60 jobs.

Kevin Younis, Director of Operations and Executive Deputy Commissioner of Empire State Development, said, “Luminate NY’s innovative competition and strategic investments strengthen New York State’s global leadership in optics, photonics and imaging, in large part due to the fantastic opportunities created for them. women and minority entrepreneurs in this high-tech sector. Congratulations to PreAct Technologies on winning Round 4 and we look forward to seeing the impact these forward-thinking companies will continue to have on the growing OPI hub in the Finger Lakes region. “

State Senator Jeremy Cooney said, â€œRochester will continue to be a leader in optics, photonics and imaging through Governor Hochul’s commitment to our region and through programs such as the Luminate NY Startup Accelerator Competition. Investment in our region will encourage innovation and lead to increased economic development. We are delighted to welcome PreAct Technologies to our community and look forward to their long term success. “

Monroe County Director Adam Bello said, â€œThe Luminate NY initiative is driving critical growth in our high-tech optics, photonics and imaging industries. The Round 4 winners announced today are further proof that Monroe County is on its way to becoming a world leader in light-based products and services. I thank Governor Hochul and Empire State Development for investing in the potential of our region and I congratulate PreAct Technologies, Andluca Technologies, Mesodyne, DynoCardia and Owl Autonomous Imaging. “

Optica CEO Elizabeth Rogan said, “We were thrilled to participate in LuminateNY’s final competition as a sponsor. This is a vital program for the optics and photonics community, and supporting innovation in OPI is a key priority. for Optica. “

Finger Lakes acceleration forward
Today’s announcement complements â€œFinger Lakes Forward,â€ the region’s comprehensive plan to generate robust economic growth and community development. Now, the region is accelerating Finger Lakes Forward with a state investment of $ 500 million under the Northern State Revitalization Initiative, announced by Governor Cuomo in December 2015. The investment of $ 500 million dollars of the state will encourage private companies to invest well over 2.5 billion dollars – and the plan for the region, as presented, projects up to 8,200 new jobs. More information is available here.

About Empire State Development
Empire State Development (ESD) is New York’s premier economic development agency. The mission of EDD is to promote a strong and growing economy, encourage the creation of new jobs and economic opportunities, increase the revenues of the state and its municipalities and achieve stable local economies and diversified. Through the use of loans, grants, tax credits and other forms of financial assistance, ESD strives to enhance investment and growth of private businesses to stimulate job creation and supporting thriving communities in New York State. ESD is also the primary administrative agency overseeing the New York State Regional Economic Development Boards and the marketing of â€œI LOVE NYâ€, the state’s iconic tourism brand. For more information on regional councils and Empire State Development, please visit https://regionalcouncils.ny.gov.

Previous A book review finds a terminal paradox at the heart of its argument.

Next New Linnworks Funding Will Save Effortlessly 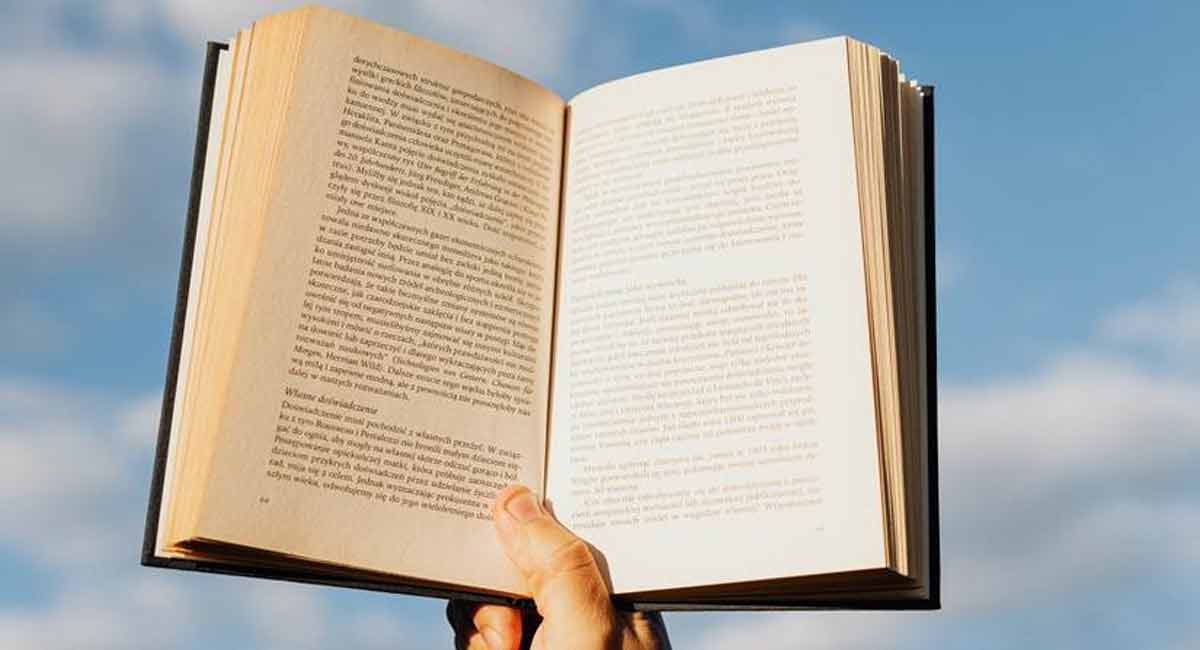 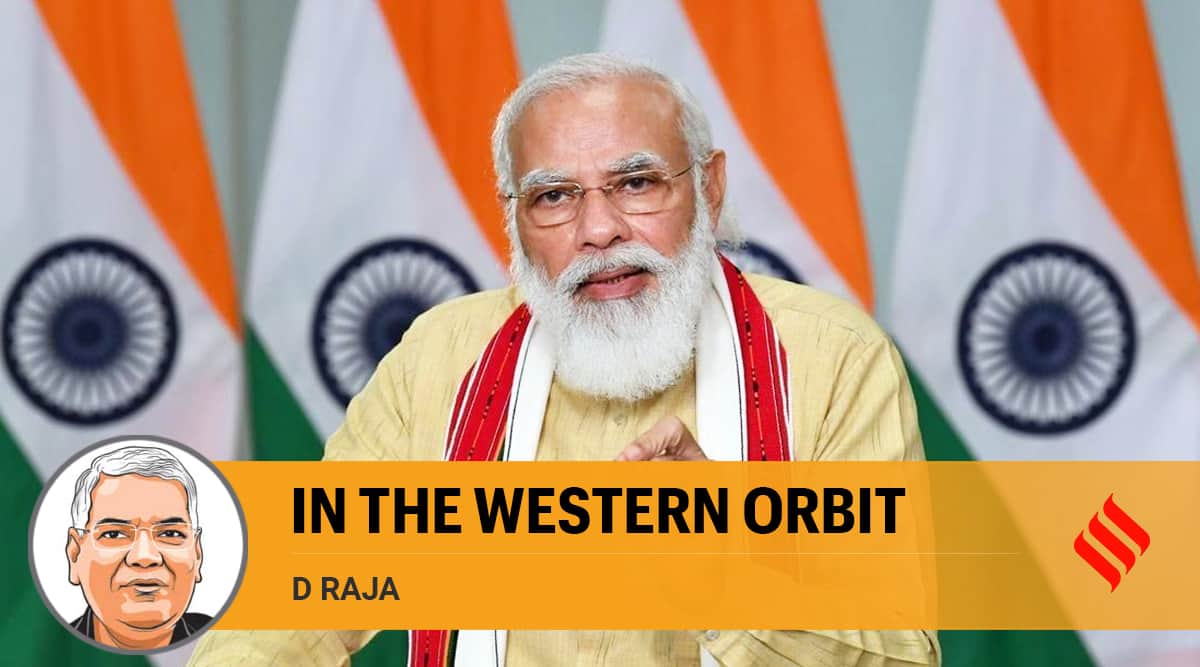