The most important reason why not everyone immediately buys an electric vehicle is the price. There are other reasons like inadequate charging infrastructure, but price is usually the problem most people cite. This is a valid concern, when an electric car still costs £ 5-10,000 ($ 7-14,000) more than an internal combustion equivalent. But this is a temporary situation, and seems to go away in 4 to 6 years for all types of vehicles, according to a recent research by BloombergNEF for the European green group Transport & Environment.

Hobbyists will do the math showing that an electric vehicle bought now could still be cheaper overall after a few years of ownership. But most people just see the higher sticker price and walk away. This will especially be the case in a country like the United States where fuel is still relatively cheap compared to countries like the United Kingdom. Daily running costs don’t figure as much on most people’s minds compared to the original purchase price, especially when the cost per mile is low in either case. However, when people say “electric vehicles are too expensive,” they assume that the current relative price will be the relative price forever, and that just won’t be the case.

One of the things that many people understandably fail to realize about electric vehicles is that they aren’t more expensive, but cheaper. It goes against common sense as to how car pricing normally behaves. The new car model is generally a little more expensive than last year, because in a world where inflation is the norm, why not?

However, electric vehicles are as much computer products as they are automotive products. Anyone familiar with computer products will have noticed that they get cheaper, or at least you get more for your money, every year. Of course, iPhones are ridiculously expensive, but if you compare the processing power and screen resolution of successive generations, it always goes up. The classic formulation of this is Moore’s Law, where Intel co-founder Gordon Moore said the number of transistors on a microchip would double every two years.

The most obvious example of this phenomenon for mainstream consumers is the price of televisions. A 55-inch 4K TV currently costs around £ 500 ($ 700) in the UK, while in 2015 a 48-inch 4K model reportedly cost over £ 1,600 ($ 2,250) – more than three times the price. In just six years, you can get a bigger 4K screen for three times the price. Many technological products behave this way. Buy a new hard drive, USB memory stick, or memory card for your camera, and you get twice the storage for half the price you would have a few years ago. Processors and graphics cards increase performance for the same kind of money with every generation.

Not all components of an electric vehicle follow this logic. The seats, interior, and chassis probably don’t, unless you can make innovations like Tesla’s massive metal casting machines that can make a half car chassis in one go. But some of the more expensive items will get cheaper each year, including computer controls, displays, and the most expensive component of all – batteries. There’s a lot of talk about the magic level of $ 100 per kWh for battery cells being the point where EVs hit price parity with internal combustion, and the usual rule of thumb is that will happen around 2023/4.

The BloombergNEF study is a bit more conservative with its estimate, set the date of the price parity to 2027, and this makes sense because businesses don’t automatically pass cost reductions on to consumers. Part of this will be profit, but the development of a new platform such as the SEM that Volkswagen uses for its ID.3, ID.4 and many other cars within the group. This must be paid for by initially higher prices. Next, manufacturers need to consider how they can pass on the lower prices without discouraging customers from buying now, as they expect next year’s model to cost less. Price inflation makes people want to buy now; Price deflation makes people want to keep their money. Just watch how people store cryptocurrency rather than spending it, because its rapidly rising value means you could buy more with your coins next year than this year.

But, in the long term, the fall in the production costs of electric vehicles and in particular of batteries will result in cheaper electric vehicles. The BloombergNEF study cites slightly different years for each automotive industry, with light vans being one of the first to reach parity in 2025, mid-size C-segment cars in 2026, and small B-segment cars in 2027. Of course. , it is for new cars, and the fall in prices will take 3-5 years to filter through to the used market. But when faced with the choice between an internal combustion car or an electric vehicle that is cheaper but also less expensive to use, new car buyers will vote with their wallets. All the bogus arguments against electric vehicles will be filtered out when your neighbor has a cheaper and better car than you.

High-profile government bans on the sale of fossil-fueled cars, like the one announced last year in the UK for 2030, are causing an emotional backlash. People don’t like being told they can’t have something they’re used to. Transport & Environment also argues that these will remain necessary to speed things up and meet climate change targets. But even without bans, the dominance of electric vehicles is inevitable.

Of course, the massive adoption of EVs could be a disaster if the charging infrastructure isn’t massively augmented to match. But if there are a lot of customers buying electric vehicles, there will be money to be made by giving them charging places, so the market will favor improved charging infrastructure as well. The switch to electric vehicles seems to be a given, and only in a few years.

Previous The Titles of History: Books at War | Titles of the story

Next The brand new futuristic Saudi city - "The Line": an assessment 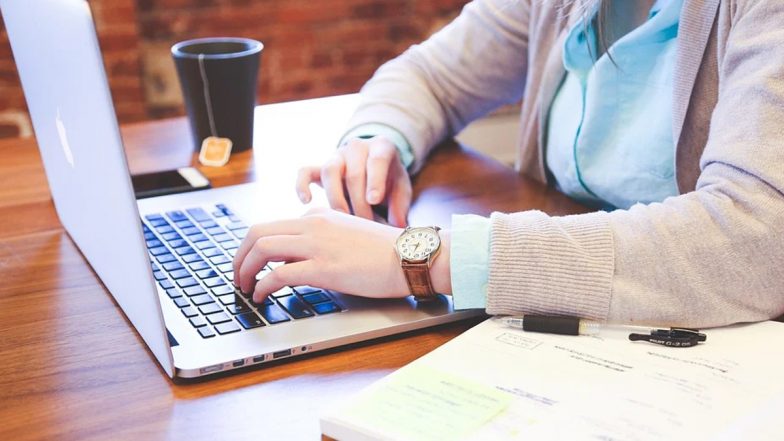